Charities call for swifter action on smoking in cars 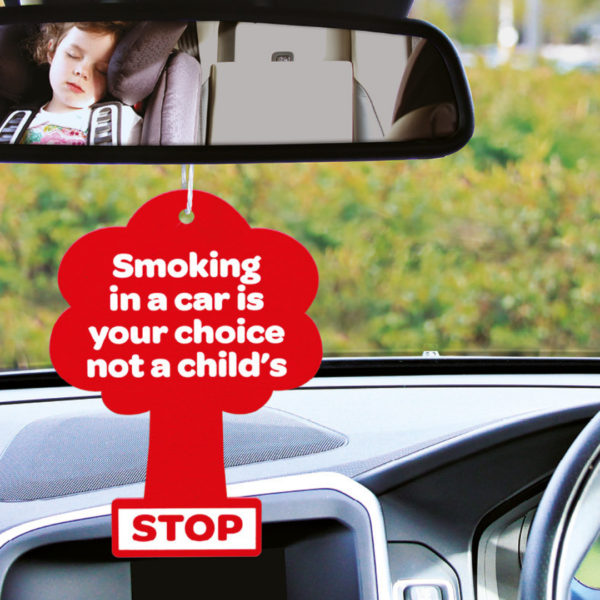 Asthma UK & British Lung Foundation Northern Ireland and Northern Ireland Chest Heart & Stroke are calling for new regulations to prohibit smoking in cars where children are present to be brought into force before the end of the year.

The Assembly initially voted in favour of banning smoking in cars where children are present back in 2016, after a rigorous debate. However, plans to introduce new rules to do this were stalled when the power sharing agreement collapsed.

When the power sharing government was restored in 2019, it was once again promised that these new regulations would be forthcoming. Unfortunately, Covid intervened and nothing has moved forward.

That is why both charities are now uniting to call for more urgent action to bring these new rules into place and keep children safe.

“Throughout our lives 1-in-5 of us will sadly develop a lung condition. This can have a huge impact on our lives, and we must do all we can to prevent this from happening to more people.

“Smoking is incredibly dangerous as it both damages your lung health and contributes to the development of other conditions such as cancer. This is especially true for young children, who’s lungs are still developing.

“Being trapped in a smoke-filled car leads to high levels of exposure to second-hand smoke and puts our children at risk. We’ve been promised action on this issue since 2016, it’s now time the Executive stepped up to the plate and introduce new rules to enact what the Assembly voted for back in 2016.”

“Smoking kills over 2,000 people every single year in Northern Ireland with little media attention. As the Health Minister begins the task of rebuilding the health service post Covid we believe he can send a strong signal about the dangers of tobacco by announcing that he intends to bring the ban on smoking in cars with children into force in 2021.”