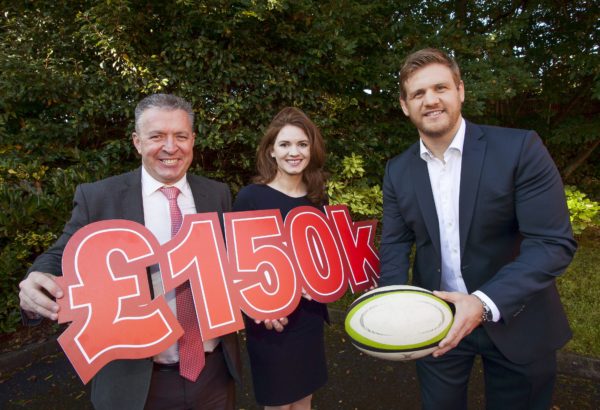 Our ambassador, former Ulster and Ireland star Chris Henry, has raised a fantastic £150K to help us tackle physical inactivity in primary schools.

The year-long fundraising drive was part of his Testimonial Season where a series of events were planned to mark his distinguished career in professional rugby. Events included a black-tie Gala dinner in Belfast City Hall, a golf day, a comedy night and a trek to Mount Toubkal in Morocco.

After a mini-stroke threatened to cut short his playing career in 2014, Chris began to work in partnership with Northern Ireland Chest Heart and Stroke and has used in Testimonial Season to raise awareness of this leading, local health charity as well as raising funds to support its continued work.

Much of the money raised by Chris Henry will go towards tackling physical activity in primary schools, something Chris believes passionately in.

“Adopting a healthy lifestyle from a young age is proven to be the most effective measure against contracting heart problems in later life so it’s crucially important that all children can regularly take part in physical activity.

“My love of sport opened many doors for me both professionally and personally so I’m pleased that the money raised will enable Northern Ireland Chest Heart and Stroke to deliver educational programmes in primary schools. I want to see as many young people as possible becoming involved with sport and having access to these same opportunities in the future.”