So many little things go into making the perfect Christmas. Most of us can’t imagine Christmas without them. Wrapping presents for loved ones, decorating the tree and cooking a traditional Christmas dinner to name but a few.

Sadly, the reality for many people living with a chest, heart or stroke illness is they won’t get to enjoy doing these little things this year, or maybe ever again. This Christmas, leading health charity Northern Ireland Chest Heart & Stroke (NICHS) want to raise awareness with the public about the long-lasting effects experienced by many people who have suffered a heart attack or stroke or have a respiratory condition.

The charity launched their ‘Little Things’ appeal this month to highlight the range of things that people affected by chest, heart and stroke illnesses might be unable to do and the ways in which NICHS can help. Many people affected by such conditions are left with debilitating psychological symptoms and often physical disabilities, leaving them unable to do many of the things we take for granted in our lives.

1 in 4 people in Northern Ireland are living with a chest, heart or stroke illness. People like Philip, Lisa and Mary. 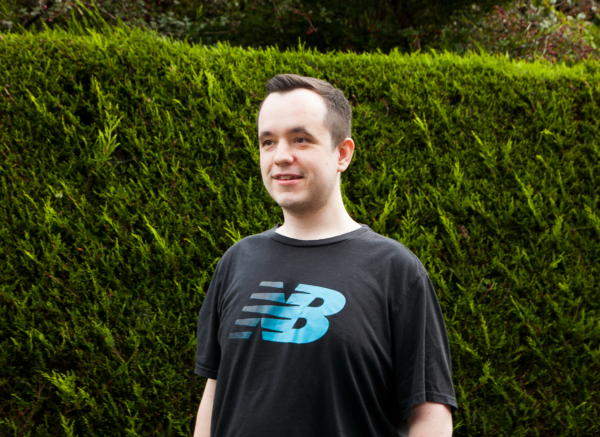 Philip, aged 28, from Carryduff, suffered a stroke in 2012 when he was just 19. He lay alone on his landing for 10 hours before he was found and taken to the Royal Victoria Hospital. He was told he had suffered a haemorrhagic stroke due to a congenital condition which could have happened anytime.

Philip was left with weakness on his left side and was told he would never walk, move his left arm and fingers or, in fact, work again. Philip says; “I refused to believe them. I was determined I was going to get better. And, eventually, I walked out of the hospital.” Now, Philip uses a walking stick to get around.

Philip’s stroke had a huge impact on his life and the things he can and cannot do. Philip explains; “It’s often the little things that get to me. I can’t carry a cup of coffee upstairs. I can’t tie my shoelaces. Even putting toothpaste on my toothbrush is an issue.”

“At Christmas, there are lots of little things that I can’t do. Putting up decorations on the tree, wrapping presents or writing cards are all a no go. Carrying shopping or delivering presents is also out of the question, as I couldn’t carry them and walk with my walking stick at the same time.” 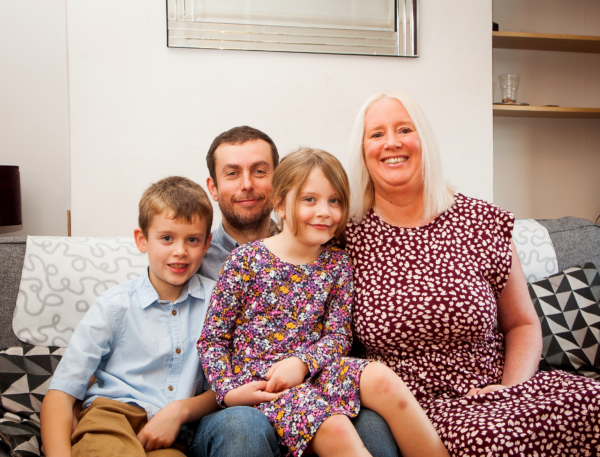 The 4th March 2015, started out as a typical day for Lisa. A busy mum to toddler Conor and pregnant with her second child, Orla, Lisa had gone out for a jog. But without warning she collapsed.

Two weeks later, Lisa woke up in the Royal Victoria Hospital, having suffered a stroke called a subarachnoid haemorrhage which involves bleeding on the brain’s surface caused by a ruptured brain aneurysm. She was only 37. Lisa spent six months in hospital.

Following her stroke, Lisa’s left arm was left permanently paralysed, and she had to learn to walk again. Today, six years on, she can walk short distances with the help of a walking stick, but more challenging trips are not possible and are just one of the little things she can no longer enjoy.

Lisa explains; “I can’t go out to the shops at Christmas. I can ask other people to help buy the gifts for the kids. I can give them a list. But I can’t go and pick out any little extra surprises that I’ve spotted out and about and say, ‘Oh, Orla or Conor would love that’. It’s just not the same, so it does make me sad.”

"In the winter, I can’t button up the children’s coats for them or tie their shoes. As a mum, it’s tough when there are some little things you have to rely on others for.” 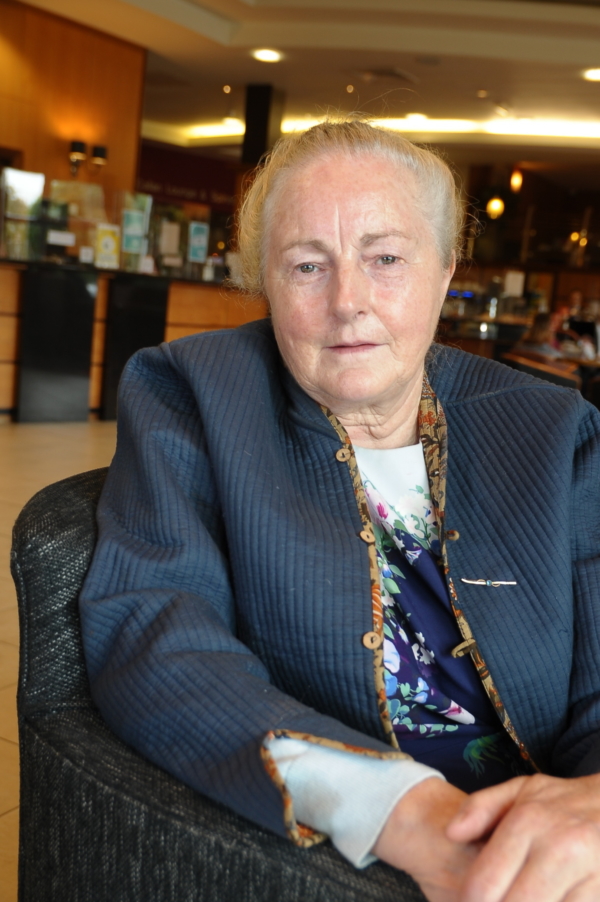 Mary from Newtownhamilton had a stroke in December 2011 and went on to have two further strokes shortly afterwards. She spent two months in hospital and received physiotherapy but has been left with right-sided weakness.

Mary says; “When I first got home from the hospital, I was in a wheelchair. I couldn’t tend to my farm like I used to. I love spending time in nature and with my animals – those little things are so important to me.”

“I also don’t have the same concentration as I would have done. I couldn’t cook a Christmas dinner now like I used to do. I can cook for myself but having to cook for several people would make me nervous. Having a lot of people in the house and too much noise would affect me as well.”

NICHS is here to help people like Philip, Lisa and Mary get back to being able to do the little things. The charity provides life-changing care and support services to anyone at risk of, or currently living with, chest, heart and stroke conditions. Working with people of all ages throughout Northern Ireland, NICHS has been delivering services since 1946, carrying out extensive research into how to prevent these conditions, alongside ‘on the ground’ support. One of the services delivered by NICHS is their Young Stroke Group which Philip and Lisa attended.

Of the service, Philip says; “Being part of the group really increased my confidence. Speaking to other people in the same boat really helped, as did the activities. Now, even though I know I can’t turn back the clock, and there are still some little things I will never be able to do, I make the most of what I can do.”

Lisa says, “Everyone was so inspiring and supportive. Even though there are still some little things I can’t do because of my stroke, meeting others who were dealing with the same problems and learning how to overcome them has helped so much. The motivation and encouragement I get from the other group members have played a huge part in my recovery.”

Mary attended NICHS’s rehabilitation service PREP (Post Rehab Exercise/Education Programme). Mary says, “I’m so glad and grateful there was someone there to show me what to do. I pushed on. I worked very hard at keeping up my exercises. Thankfully I did. When I came home, two months after my stroke, I couldn’t walk. If it hadn’t been for PREP, I might still be in a wheelchair.”

Noelene Hughes, Head of Stroke Services at NICHS, comments; “NI Chest Heart & Stroke has been leading the fight against chest, heart and stroke illnesses in Northern Ireland for 75 years, since 1946. There are currently 335,000 people living with such a condition in Northern Ireland and we are here to help with expert care and support. Nearly 90% of NICHS’s care, prevention and research services are funded exclusively by public donations and these funds are essential in enabling us to continue to support the local community and provide life-changing services for people like Philip, Lisa and Mary and their families. Without the public’s generous support, we could not help people across Northern Ireland enjoy more of the little things they love, this Christmas and beyond.”

To find out more about the many ways to donate to the ‘Little Things’ appeal and support Northern Ireland Chest Heart & Stroke this Christmas, visit https://nichs.org.uk/how-you-can-help/support-christmas