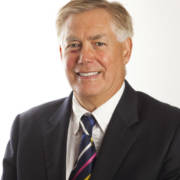 He currently sits as a Parole Commissioner and as a Civil Service Commissioner. In 1980 he was appointed Chair of the Friends of the Joss Cardwell Centre, a then newly formed voluntary group, and played significant role in resisting attempts to close the Centre, thereby allowing its ultimate incorporation into the Musgrave Park Regional Acquired Brain Injury Unit, which opened in 2006.