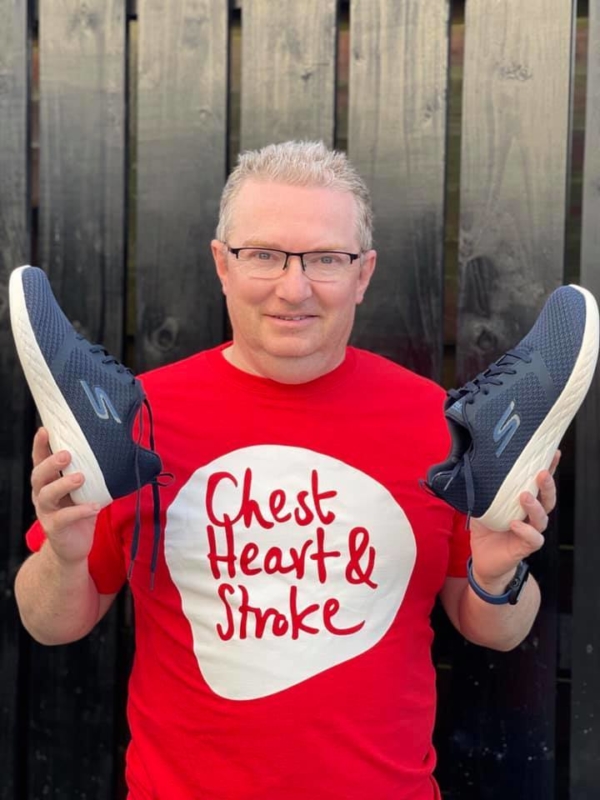 Craig Shilliday, 49 from Portadown, suffered a stroke in March 2019 when on holiday in Toronto, Canada. He and his wife Alison had popped back to their apartment when he noticed weakness in his arms, his face drooped on one side and his speech started to slur.

“I felt perfectly fine and then, without any warning, BANG! I’m lucky that my wife knew straight away what it was,” explains Craig.

Alison knew that his symptoms matched the FAST advertisement and rushed Craig to hospital.

Now, Craig has pledged to walk 50km in one week ahead of his 50th birthday to raise money for our work.

His “50 for 50” challenge started on Saturday 24th July 2021 and, so far, has taken him from Portush to Peatlands Park and from Gosford Forest to Clare Glen.

50km might not seem much to some, but for stroke-survivor Craig, it’s a true challenge.

“When they say the quicker you act, the more you save, they are right! I was at hospital within 25 minutes and that’s why I’m even capable of walking this 50km." 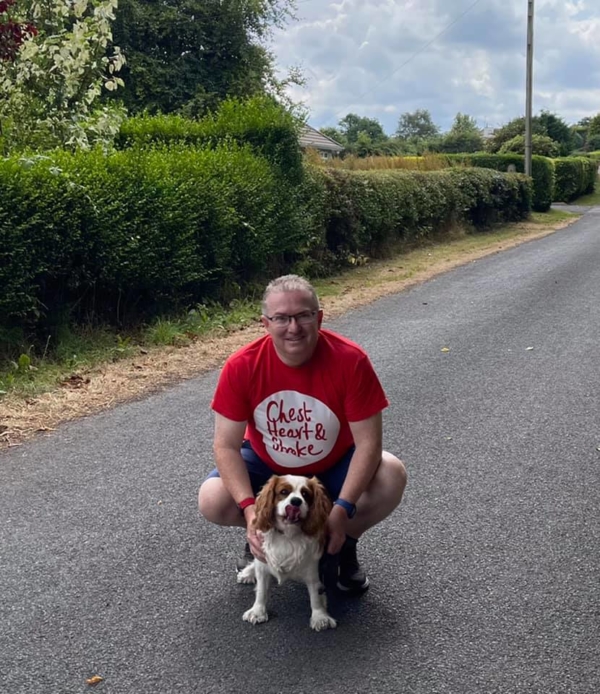 Craig was treated in Toronto and, upon returning to Northern Ireland, was visited at home by Julie, a member of our Care Team.

“Very early on I wasn’t in work, I wasn’t allowed to drive, I was enormously frustrated. Julie signed me up for PREP (physical rehabilitation exercise programme) in Lurgan. In the end, I did it twice! It opened my eyes as to how bad it all could have been.”

“PREP put me in touch with others who had been through the same thing. The course was full of good information - it connected the dots. I can still phone or text the NICHS team whenever I need them. They are always on hand with support and advice.”

Most of Craig’s symptoms aren’t immediately obvious but they have had a profound impact on this life;

“Physically I recovered quite quickly, in terms of day to day movements. If you saw me on the street, you wouldn’t know I had had a stroke. But the stroke fatigue has been debilitating and I’ve had to build back fitness step by step.”

“I now have a bit of stutter and when I’m tired or stressed, two words just won’t come together. Part of my job used to be writing complex instructions as an ICT service analyst, now I’d be lucky to follow them, never mind write them!”

“The NICHS team taught me how to pace myself, how to manage my symptoms and how to set goals.”

Keen to give something back, Craig organised a walking fundraiser;

“I am so grateful for the support I received from NICHS. With COVID, charities haven’t been able to fundraise to the same extent, so I just thought, “why don’t I help - there’s nothing stopping me.” The challenge has also given me something to focus on, improved my fitness, challenged me and even helped with my mental health.”

Jackie Trainor, Head of Income Generation at NICHS, says, “It might surprise you but almost 90% of our care services here at NICHS are funded by donations from the general public. Fundraising efforts like Craig’s “50 for 50” make an enormous difference and help us to continue to care for local people who have suffered from a stroke, heart attack or respiratory illness. We will all be cheering Craig on as he passes the 50km line!”

Craig adds, “There are stroke survivors that NICHS look after who couldn’t walk 5km, never mind 50km. I’m walking this for them.”

Inspired by Craig’s strength? Donate to his “50 for 50” fundraiser at https://www.justgiving.com/fundraising/craig-shilliday