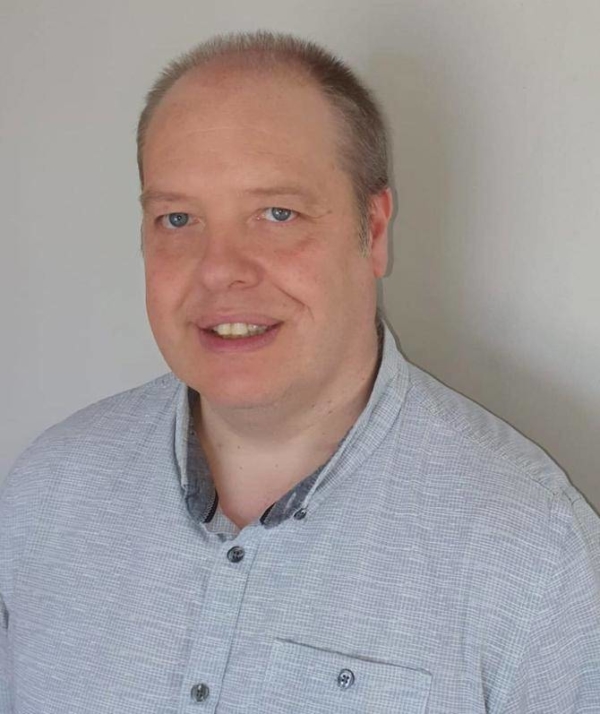 Ryan Wallace (47), father-of-two who put off seeking emergency medical help after experiencing heart attack symptoms because of the COVID-19 lockdown has urged others not to do the same.

Ryan from Limavady had been suffering heartburn and chest pains but did not contact a hospital until he saw video on Facebook of Consultant cardiologists Dr Paul McGlinchey and Dr Aaron Peace urging people NOT to put off seeking hospital treatment if they are experiencing common cardiac conditions such as a hearts attack and to seek immediate medical treatment.

He went on to have stents fitted and returned home to recover, with the support of both our cardiac support team and the Western Trust's cardiac rehabilitation service.

Ryan said, "My GP had been treating me for heartburn but it was getting worse. He'd referred me for an ECG, but it hadn't shown any issues.

"Eventually, even walking to the car was causing me problems. I'd been having some chest pain for about three weeks, but last Saturday morning I woke up and it was severe.

"I didn't want to be a burden on the health service in the current situation and the thoughts of catching the virus were also in my mind, but I watched a video which asked people not to put off calling the hospital."

Ryan revealed that he was then triaged over the phone by a health service worker at Omagh Hospital, who urged him to visit Altnagelvin Area Hospital where he underwent a blood test and was admitted.

"You're always worried about what's going to happen if you have to be treated in hospital in the current COVID crisis, but I was kept away from any risk of the virus and the staff were all wearing full protective gear," he explained.

"I had two blocked arteries and had stents fitted to open them up. I was discharged very quickly and I'm now back at home. It's dented my confidence, because when you're younger you think you're invincible.

"I can see how close I was to a very different outcome."

Dr Paul McGlinchey, a consultant cardiologist who treated Ryan, said his patient's experience underlines the importance of not dismissing heart attack symptoms, even during the pandemic. "The strong message from Ryan's story is that if you have symptoms, don't ignore them," he said. "If you have any doubts about those symptoms, let the experts decide if there's a cause for concern.

"We're still open for business and we want people to know that if they have to attend the hospital, they will be in a different area from anyone infected with Covid-19.

"You're also not being a burden on the health service. With badly stenosed arteries, Ryan was very close to having a heart attack but was treated in time. The longer you leave it, the bigger the risk."

Ryan began receiving support from our cardiac support team just two days after arriving home. The service has been operating by phone and video call during the pandemic.

Our Chief Executive Declan Cunnane added, "If anyone needs support or advice, all they have to do is call us on 028 9032 0184, or send an email to HeartSupportNI@nichs.org.uk and we'll put them in touch with the right person.

"We'll be offering Ryan any help he needs as he recovers. If you're suffering serious symptoms of heart attack or stroke, however, you need to treat it as a medical emergency and call 999."